Performance of our Solar Water Heaters 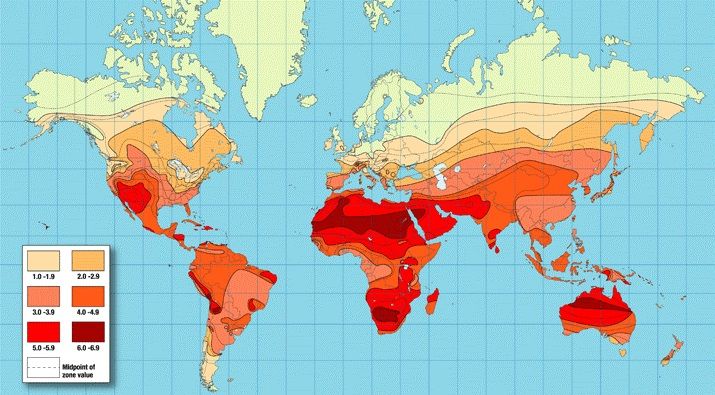 The amount solar radiation that fall on 1 m2 is known as the solar irradiance. Solar irradiance is the power per unit area produced by the Sun in the form of electromagnetic radiation. Solar insolation is a measure of solar irradiance over of period of time - typically over the period of a single day. The Maximum solar irradiance is 1000 W/M2 and this is typically found at the equator where the suns angle is most direct and has the least amount of atmosphere to penetrate. Typically solar insolation is measured in days such as Kwhr/day. It sometime is converted to “sun hours” which would be the number of 1000 Watts in a given day. So if the daily solar insolation is 4500w/day there would be 4.5 sun hours. NASA keeps very accurate data on average solar irradiance at every spot on the earth. You can find this data on maps and the data changes during the season. Our special solar simulation software is able to simulate the solar irradiance in any location in the world. This allows us to provide accurate estimates on energy savings a certain sized system will provide dependent on where it is installed. Request a Solar Simulation!

So the performance of a collector depends on the size of the collector, the irradiance or insolation where it is located, and its efficiency rating.

Our SunRain TZ58 1800 30R collectors have one of the highest ratings based on the SRCC ratings compared to any other 30 tube vacuum collector. This is based on comparing the amount of energy they produce per area. As we know more area in m2 results in more radiation it can capture so we would expect a larger collector to produce more energy that a smaller collector. Comparing the collectors based on square footage/BTU or KW gives us the best measure of performance. Each TZ58 1800 30R is capable of producing a Maximum of 2.1 Kw of heat energy however this is based on a maximum irradiance of 1000/watt m2. So in reality the output will be less. But we if we had 6 sunlight hours in a given day we would expect approx. 12.6 Kw of performance/day(6 x 2.1 kw). 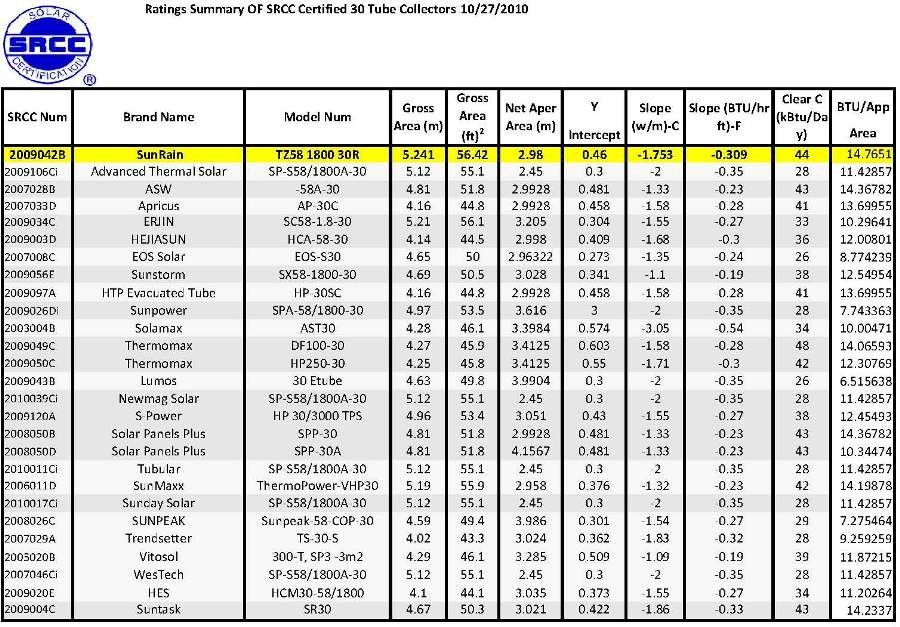 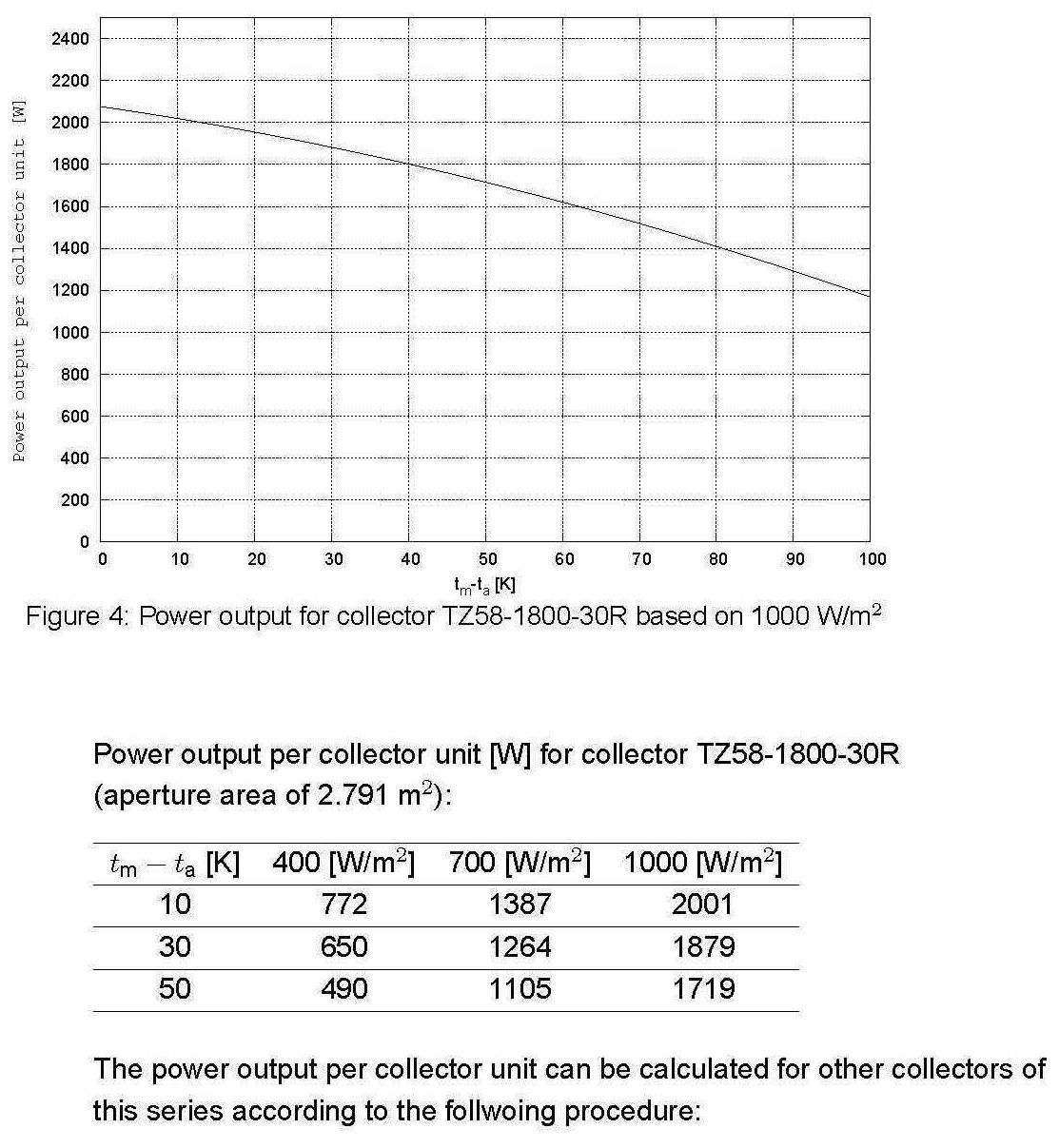 Find out how simple it is to install a solar water heater on any building.

How Do They Work

Solar evacuated tubes with heat pipes are the most efficient solar water heaters on the market.

Detailed parts and parameters for our solar water heaters.

Find out how much energy one solar water collector can produce.